Click on your topic of interest. The items are hyperlinked to the topic section.

A specific learning disability is defined as a disorder in one or more of the basic learning processes involved in understanding or in using language, spoken or written, that may manifest in significant difficulties affecting the ability to listen, speak, read, write, spell, or do mathematics. Associated conditions may include, but are not limited to, dyslexia, dyscalculia, dysgraphia, or developmental aphasia.

Signs and Symptoms of a Specific Learning Disorder:

Dyslexia is defined as a specific disability in reading. It is the common term that is used interchangeably to describe a Specific Learning Disorder in Reading, Spelling, and Written Expression, as per the diagnostic criteria found in the “Diagnostic and Statistical Manual of Mental Disorders 5th Edition (DSM-5)”.

Scientific research suggests that a neurobiological basis for children developing dyslexia exists, with fMRI studies showing that there is some reduced neural interconnectivity in specific areas in the left hemisphere of the brain, and which is related to the integration of language with the auditory domain, as well as with the visual processing areas. Dyslexia has been found to affect approximately 5% to 17% of the population as per research, suggesting that there may be dyslexic students in almost every classroom.

While neurobiology is implicated in the development of dyslexia, there are other factors that contribute to difficulties in reading, such as literacy education at school, literacy support at home, and the family’s social, educational, and economic background which may restrict the exposure to the written word.

Preschool signs of Dyslexia
– Mispronouncing words, like saying beddy tear instead of teddy bear
– Struggling to name familiar objects and using general words like thing and stuff instead
– Having a hard time learning nursery rhymes or song lyrics that rhyme
– Having trouble remembering sequences, like singing the letters of the alphabet
– Telling stories that are hard to follow or having trouble talking about an event in a logical order
– Having difficulty remembering and following directions with multiple steps

Kindergarten to grade 2 signs of Dyslexia
– Having trouble learning letter names and remembering the sounds they make
– Often confusing letters that look similar (like b, d, p, and q) or sound similar (like f and v, b and p, or d and t)
– Struggling to read familiar words (like cat), especially if there aren’t pictures
– Substituting words when reading aloud, like saying house when the story says home
– Having trouble separating the individual sounds in words and blending sounds to make a word
– Having trouble remembering how words are spelled and applying spelling rules in writing

Grades 3–5 signs of Dyslexia
– Confusing or skipping small words like for and of when reading aloud
– Having trouble sounding out new words
– Having trouble quickly recognizing common words (also called sight words)
– Struggling to explain what happened in a story or answer questions about key details
– Frequently making the same kinds of mistakes, like reversing letters
– Having poor spelling, like spelling the same word correctly and incorrectly in the same exercise
– Avoiding reading whenever possible or getting frustrated or upset when reading

Teenagers and adult signs of Dyslexia
– Reading slowly or leaving out small words and parts of longer words when reading aloud
– Struggling to remember common abbreviations, including ones on social media
– Often searching for words or using substitutes like gate instead of fence
– Often not “getting” the joke or having trouble understanding idioms and puns
– Taking a very long time to complete reading assignments
– Having an easier time answering questions about a page of text if it’s read aloud

Dyscalculia is a learning disability in math. People with Dyscalculia have trouble with math at many levels. They often struggle with key concepts like bigger vs. smaller and they can have a hard time doing basic math problems or more abstract math.

Dyscalculia is a condition that makes it hard to do math and tasks that involve math. It’s not as well known or as understood as Dyslexia, but many experts believe it’s just as common. That means an estimated 5 to 10 percent of people might have dyscalculia.

– Grasping the meaning of quantities or concepts like biggest vs. smallest
– Understanding that the numeral 5 is the same as the word five, and that these both mean five items
– Remembering math facts in school, like times tables
– Counting money or making change
– Estimating time
– Judging speed or distance
– Understanding the logic behind math
– Holding numbers in their head while solving problems

Dysgraphia is a term that refers to trouble with writing. Many experts view dysgraphia as challenges with a set of skills known as transcription. These skills handwriting, typing, and spelling allow us to produce writing.

Trouble expressing your thoughts in writing isn’t formally recognized as part of dysgraphia. That’s a learning disability known as written expression disorder. However, when people struggle with text, it can get in the way of thinking about ideas and how to express them.

For example, people with dysgraphia may write more slowly than others and they tend to have trouble with spelling because it’s hard for them to form letters when they write.

An important distinction regarding APD is that hearing is rarely impaired, as the individuals is able to hear the sounds well but cannot process the meaning of the sound. This may also impact auditory attention, auditory sustained attention and short-term auditory memory skills.

Research has found that APD often coexist with developmental problems in children and which condition may amplify the symptoms of that disorder.

Developmental disorders such as Autism Spectrum, Attention Deficit/Hyperactivity Disorder, Dyslexia, Language problems, and other developmental conditions often have concurrent problems with auditory processing difficulties often experiencing ‘auditory overload’ by not being able to listen well with possible periods of over sensitivity.

Auditory Processing difficulties may also lead to some emotional dysregulation such as frustration because of misunderstanding, or feelings of incompetence and disconnection from others which may lead to social isolation or challenging behaviours.

What is the difference between hearing, listening and auditory processing abilities?

A distinction needs to be made between the passive act of hearing and the active intention of listening. It is easy to overlook how many sounds we do not listen to because our attention is directed elsewhere.

Good listeners are able to concentrate on a task for an extended period of time focusing on what is being said despite background noise. They can also store a significant amount of auditory information in their short-term auditory memory and process verbal information quickly. This is not a function of the ear but a reflection of the ear’s relationship with the brain, and the neural wiring between hearing and understanding.

Phonemes are the most basic units of sound, and the English language contains 44 phonemes which are used in combinations to form words. Phonological awareness describes the ability to appreciate that language is composed of these phonemes sequenced in millions of different ways, and children acquire this recognition over time which leads to speech development and later reading and writing skills.

Children with expressive language disorder have difficulty conveying or expressing information in speech, writing and gestures.

For some children, they are late in reaching typical language milestones in the first three years, but eventually catch up to their peers. These children are commonly referred to as ‘late-talkers’. Children who continue to have difficulty with verbal expression may be diagnosed with expressive language disorder or another language impairment.

Common signs of Speech and Language along with Expressive Language disorder:

ADHD is one of the most common neurodevelopmental disorders of childhood. It is usually first diagnosed in childhood and often lasts into adulthood. Children with ADHD may have trouble paying attention, controlling impulsive behaviours or be overly active.

Signs and Symptoms of ADD/ADHD:

It is normal for children to have trouble focusing and behaving at one time or another. However, children with ADHD do not just grow out of these behaviours. The symptoms continue, can be severe, and can cause difficulty at school, at home, or with friends.

The term Global Developmental Delay, or GDD, is used when a child shows delays across several areas of development. It is a general term used to describe any delay in the developmental period of a child between birth and 18 years.

These delays must have continued for at least 6 months and are usually accompanied by limited communication abilities.

Child development is complex and each child with GDD may present differently. There are many areas in child development that they may be delayed in. The delays may be in:
– Speech and language development
– Gross motor development (walking, crawling)
– Fine motor development (holding toys, drawing)
– Thinking, understanding, and learning
– Social interaction and how they relate to others (make friends)
– Emotional regulation
– Tasks of daily living (getting dressed, etc)

Autism spectrum disorder (ASD) is a developmental disability that can cause significant social, communication and behavioural challenges. There is often nothing about how people with ASD look that sets them apart from other people, but people with ASD may communicate, interact, behave, and learn in ways that are different from most other people. The learning, thinking, and problem-solving abilities of people with ASD can range from gifted to severely challenged. Some people with ASD need a lot of help in their daily lives; others need less.

A diagnosis of ASD now includes several conditions that used to be diagnosed separately these include autistic disorder, pervasive developmental disorder not otherwise specified (PDD-NOS), and Asperger syndrome. These conditions are now all called Autism Spectrum Disorder.

Individuals with ASD often have problems with social, emotional, and communication skills. They might repeat certain behaviours and might not want change in their daily activities. Many people with ASD also have different ways of learning, paying attention, or reacting to things. Signs of ASD begin during early childhood and typically last throughout a person’s life. 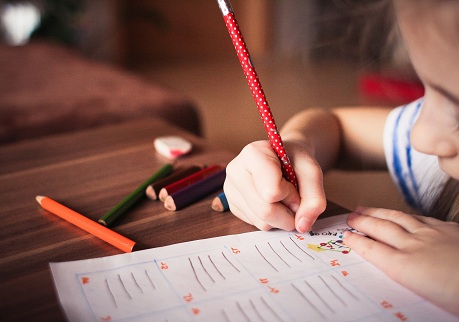 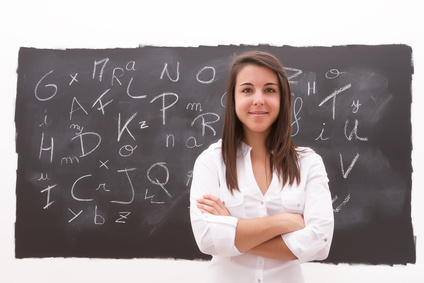 What do we assess? We provide assessments of dyslexia and learning difficulties including reading, writing, spelling, comprehension, and mathematics. Screening versus for

What does a Diagnostic Assessment of Learning Difficulties in Melbourne involve? The diagnostic assessment should be conducted by an experienced child Psychologist (Educat